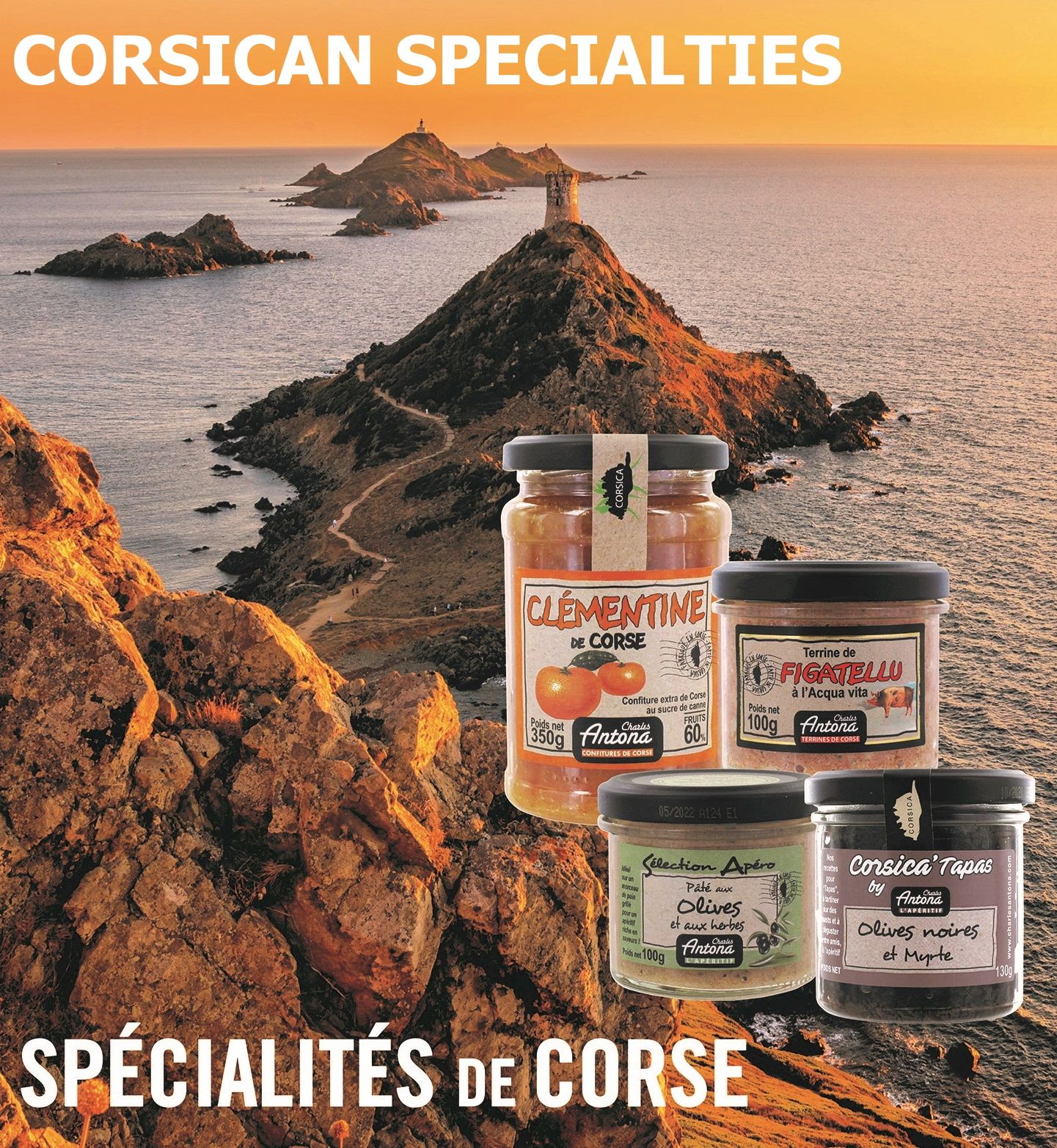 Corsica Gastronomia is a manufacturer of Corsican specialties, and is located in the region of Ajaccio, the Imperial city.

Since its creation in 1991, Corsica Gastronomia has developed a large range of jams, pâtés, cooked dishes, chutney, tapas and confectionary…, with the scents of the Corsican region.

In 2009, Corsica Gastronomia takes a new leap in its development and obtains the ISO 22000 standard, guaranteeing the quality, regularity and reliability and safety of every production. This standard will be completed in 2015 with the new FSSC 22000 standard, which is a management system for the security of foodstuffs, equal to IFS or BRC.

2009 is also the beginning of the Organic orientation of Corsica Gastronomia, with the creation of LES SPECIALITES DE MINNA (MINNA’S SPECIALTIES), a brand for 100% stemming from organic farming.

In 2011, Corsica Gastronomia establishes numerous partnerships with different players of the Corsican agricultural scene, which allows it to better apprehend its supplies and control its production chain, from the raw materials up to the know-how, all to guarantee the best possible quality to its consumers.

Today, this results in a wide range of typical and tasteful products for demanding customers, looking to find the flavours they once knew, and also discover new and unknown tastes.

It is the result of a common vision and will: producing in Corsica, with a maximum of local raw materials and following ancestral (and sometimes revisited) recipes.